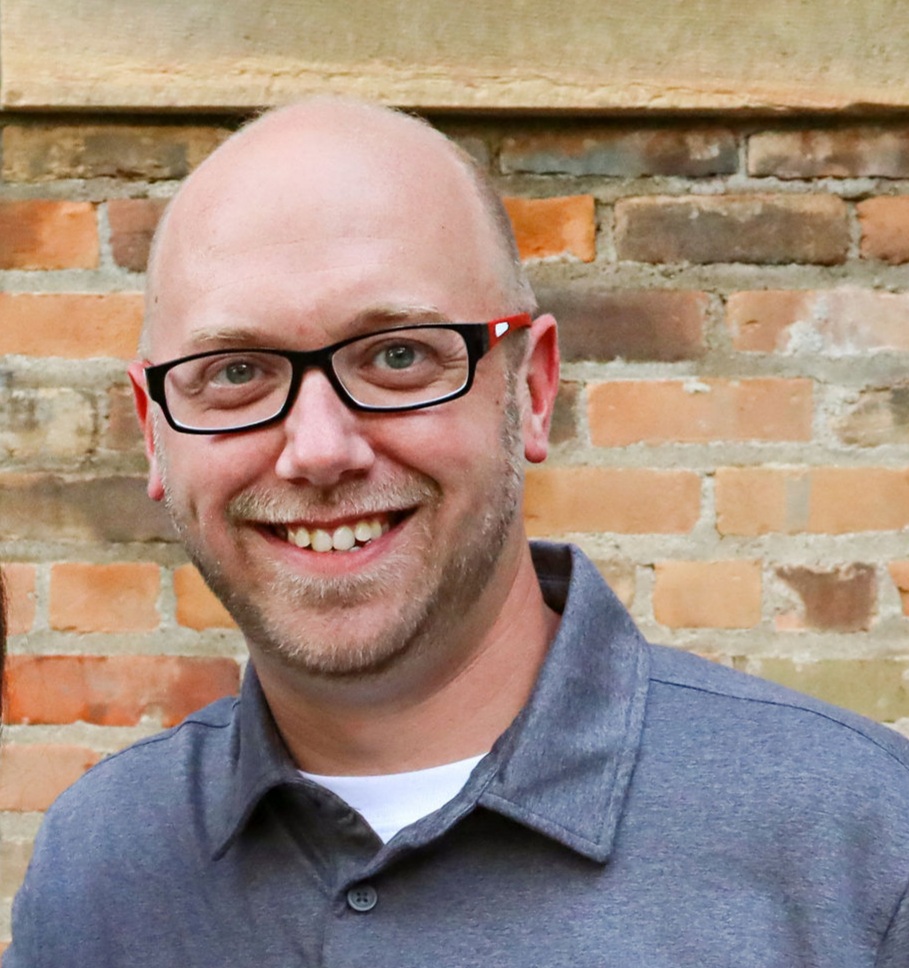 My passion for politics began with a passion for people and social issues. Growing up in the Twin Cities, I experienced a wide diversity of ethnicities, cultures, and socio-economic statuses. Having witnessed a variety of struggles experienced by my fellow Americans, I knew from a young age that I wanted to help others, have a lasting impact, and make the world a better place. As a result, I have been active in social issues and have been a lifelong advocate for positive change.

My interest in political science began at an early age as I looked around and noticed the variety of life situations people were experiencing and I wondered, "Why?" When the twin towers were attacked on September 11 th , my interest grew tenfold.

Some would say that I am a non-traditional candidate. If by "traditional" they mean self-serving and corrupt, then I would agree-because I am neither of those things.

My parents were divorced when I was a senior in high school, which turned my whole world upside down. I explored a variety of career opportunities all over the country before settling back in the Twin Cities where I met the mother of my children. She was an Alexandria native and, with our son coming, we made the decision to move here. So, at the age of twenty-three, I became an Alexandrian. A few years later, our second son was born. Although we are no longer together, we share the duties of parenting one hundred percent. The wonderful woman I now share my life with, is supportive of this endeavor.

Here in Alexandria, a close friend and I started a group called A.S.K. (Acts of Sincere Kindness). Our mission was to encourage volunteerism and be all inclusive, without affiliation to any business or religious organization. We quickly grew to forty active members, most in their twenties and thirties, and raised funds for many non-profits-Such as Jingle Bells, the American Cancer Society’s Relay for Life, the MS Walk, The Special Olympics’ Polar Plunge, and more.

Despite the hurdles I’ve faced in my life, I recognize that I’ve been fortunate-while many others have not been as lucky. My interest in helping others has never been about earning good graces or receiving praise, but rather about offering a hand up to those in need.

Since making the lakes area my home, I have fallen in love with the scenery and people, but I quickly realized 12b was not being adequately represented and I felt called to step up and run for office.

But first, I worked on many campaigns in some capacity. I’ve been an alternate to the state convention, an outreach officer, a PAC treasurer, etc... I’ve designed mailers, door knocked, made over a thousand phone calls, and walked in over a hundred parades. I’ve also lent a hand to Senator Amy Klobuchar and presidential hopefuls like Senator Bernie Sanders.

Once I realized how much I love the Lakes Area and decided to make this my permanent home, I began weighing the prospects of running for office. It is through the encouragement and support of others that I am here today. I consider myself blessed to have a great job in manufacturing with a good wage, medical and dental benefits, and a 401k. And while I am grateful to have these things, I am also dismayed by how many people do not. Even with a decent wage, continuously rising costs make it hard for most Americans to make ends meet. That is why I am committed to the principles of people over politics, as well as demanding accountability from those serving in public office. I apply the same level of accountability to myself.

In the interest of transparency, I made a mistake in my past that I want to be truthful with you about. About eight years ago, I was in an auto accident and received a DUI. I was lucky that no one was seriously injured, but I learned my lesson and have tried to use that experience to encourage others to make better choices than I did at that time in my life. Honestly, that incident caused me to hesitate to run for office, but I know that we are all human and we all make mistakes. What defines us is whether or not we learn from our mistakes, and I have endeavored to not only make better choices, but to stay humble and not judge others for their momentary lapses.

Washington D.C., in many ways, is broken. Even on a state level, there are far too many elected officials who are more interested in self-preservation and the power that comes with being in office, than they are in getting things done on behalf of working people. Trickle-down economics began as a joke coined by humorist Will Rogers. President Reagan implemented it as a real policy, promising that supply-side economics-a shift of the majority of the capital to the top-would bear fruit for everyone. Supposedly, CEOs and business owners would just share their excess wealth because it would "trickle down." Between their lobbying for tax loopholes, manipulating our representatives, propping up disingenuous legislation like Citizens United, and funneling huge amounts of dark money into D.C., we can all see that trickle-down economics is still...a joke. Or, at the very least, a failed experiment that has resulted in the greatest income inequality in modern history.

The top one percent of Americans have more wealth than the bottom ninety percent. Minimum wage-which was put into place by FDR-was intended to keep up with inflation, and did until the Reagan years. This, coupled with a high marginal tax rate on the rich, was Roosevelt’s legacy and the reason the USA experienced forty years of economic prosperity for the majority of Americans. During those decades, a single income could comfortably support a family of five.

Since the implementation of trickle-down economics, we have fallen so far from that. College and healthcare-two things essential to survival and success as a nation-are now "for-profit" and unaffordable for many Americans. Thirty percent of jobs don’t pay living wages, and nearly as many college degrees don’t pay for themselves. Those at the economic top have become so obsessed with being competitive with second and third world countries that they exploit labor with starvation wages, inadequate benefits, and minimal job security. We subsidize big businesses by allowing them to under- pay and under-employ to the extent that their employees still qualify for public assistance. In other words, tax payers are paying their employee’s wages while the CEO and share holders pocket the profits. This needs to change: not by cutting off social safety nets, but by making big businesses pay a living wage.

Pre-pandemic, most Americans on some form of public assistance were under-employed, not unemployed.

While doing all of this, they have managed to control the narrative and convince Americans that if they are struggling, they just need to work harder. They’ve also made people who are barely making ends meet blame the majority of the nation’s economic struggles on the poor, when in reality, the poor don’t have the funds to influence politicians.

In my opinion, if a business can only be successful by paying poverty wages and exploiting labor, then that is a failed business model. "No business which depends for existence on paying less than living wages to its workers has any right to continue in this country. By 'business' I mean the whole of commerce as well as the whole of industry; by workers I mean all workers, the white collar class as well as the men in overalls; and by living wages I mean more than a bare subsistence level - I mean the wages of decent living." - President Franklin D. Roosevelt. The reality is, that big business can afford to pay a living wage, they just choose not to. Did you know that most mega corporations exist in countries with over double our minimum wage and mandatory benefits? We need to curtail corporate greed and restore the quality of life for the American workforce. It begins with compensating labor appropriately. Anyone who works for a living, should actually make a living.

Now, I can already hear the buzzwords that many throw around in response to addressing economic inequality, but the reality is that the free market and quality of life can coexist harmoniously as is evidenced by the prosperous four decades pre-trickle-down economics. The 1940s through the 1980s serve as proof. We can’t do that however, until we remove the stranglehold that special interest groups funded by billionaires have on the government and our representatives.

That feat may seem impossible, but we have the power of people in numbers. With our vote, we can choose to elect representatives who put people first. As someone who knows the struggles of working long hours just to make ends meet, I hope to earn your respect and the opportunity to advocate for YOU in the Minnesota State House.

The working people of America are the foundation upon which all else stands, and that foundation has been neglected for far too long. I will fight every day for the changes that we the people need. Right now, I want to earn your vote-but if you send me to St. Paul, I promise to work hard every day to keep your vote by working for you-not for special interest groups.